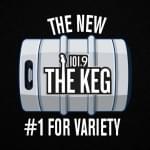 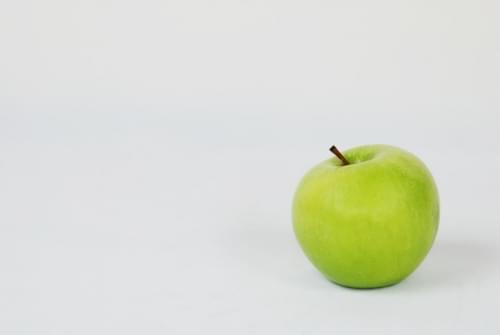 A year ago, if you would have asked me which bands had the biggest impact in my life, I would have confidently said Nirvana, Soundgarden, My Chemical Romance, and The Smashing Pumpkins.

Then about a month ago I saw this trailer, and suddenly I had the last piece of some weird puzzle I didn’t even know I had been working on since I was a kid!

That, was the trailer for the movie “Yesterday” coming out June 28th in the US.

The movie concept is basically “what would a world without The Beatles be like?”

Growing up, I never “got” The Beatles. Being born in 1997, they were well after my time. When I started to seriously listen to music I already had my own influences, as stated above…but after watching that movie trailer, things started to click.

One of my earliest memories involves The Beatles. I remember riding in the back seat of my grandpa’s truck in Des Moines. He and my grandma were listening to an Oldies station when the person on air mentioned something about Buddy Holly and The Crickets.

“Grandpa, what if there was a band called Beetles?”

“Well there already was.”

A couple hours later I think the station started to play some Beatles song, because I remember my Grandpa also saying something about it.

I’m pretty sure the only reason I said that was because I was super young and it was just the first bug I thought of, but that was the day the Beatles taught me a lesson that stuck with me.

“If you had an idea someone else probably has too”.

Not a very heart warming lesson for a child but the world is a cold place.

My next Beatles experience happened when I was a bit older, maybe 4th grade? We had a music teacher who was just in love with all things music (shocking I know). The Beatles were her all time favorite band and I don’t remember what exactly the news about them was was, but she was stoked and told the whole class this news. That was, for whatever reason, when I had the thought that

“The Beatles are overrated so I have to hate them”.

I was an angsty child apparently.

So my fate was pretty much sealed there for a hot minute. I spent any time after that when I was discovering new music purposefully ignoring The Beatles…so that means they’re also the reason I got into so many other types of music. It was “cool” to like anything other than the popular band I suppose?

The Beatles taught me to branch out and dig deep.

Years pass, I go from being an angsty child to an even angsty-er(?) teenager. I had just discovered Pink Floyd, The Smashing Pumpkins, and Nirvana. My music taste consisted of nothing but Grunge, Psychedelic and Emo rock.

One night I came across a movie on TV called “Across The Universe”. It seemed cool! An anti war movie disguised as a musical? This is exactly what the little rebel in me wanted! As I watched I loved the songs. I fell in love with them. I hear “Come Together” play.

I say to myself as I go to my 3rd gen iPod touch (really trying to set the mood here). As it turned out, not only is “Come Together” a Beatles song, so is literally every other song in that movie. “Across The Universe” is a Beatles Musical. That realization felt like getting slapped in the face. I had to come to terms with a lot of stuff after that.

“Maybe I don’t like the Beatles, but I like their lyrics when others sing them? It still counts as not listening to them if I download the movie versions of the songs right? I still totally hate them.”

I have no idea why I was so stubborn about this, honestly

Not long after the “Across the Universe” discovery I had become quite the pirate. On the internet anyway. Most of the music I had on my iPod when I was 13 came directly from Limewire. Virus filled and compressed to hell, but they were free dammit!

While searching for the movie versions of the Beatles songs I accidentally downloaded the real version of “Hey Jude”. I kept it. I loved it. I listened to it constantly. That was the breaking point. That’s when I knew I liked the Beatles…and that’s what got me to listen to a couple more songs..it also made me realize I had heard a billion of their songs by then too  I just had no idea.

Even more time passes.  I’m in my second, and last, year of college at IWCC. Somehow, I manage to take a class called “Mixed Listening” where we sit down, listen to music for an hour and a half, and break it down. It was amazing.

At this point in my life, I’m way more open to what I listen to. I got over myself as far as music went the year before, and this Mixed Listening class was giving me a new way to appreciate things I had already heard before. Including The Beatles.

Our teacher played us something  without telling us what it was. We were pretty far into the class at this point so we were breaking down some pretty layered and gnarly songs. After listening he asked us our thoughts  before dropping the bombshell that what we had just listened to was from The White Album. I was speechless. The Beatles were doing things in the 60’s that I genuinely hadn’t thought happened until the 90’s!

That’s when the Beatles taught me they were ahead of their time. In technique and production. It was insane.

That’s also when I decided I respected them, but I will always definitely be a Rolling Stones fan more…until they kept popping up in my life. Little moments here or there.

One last story, takes place only two years ago. Paul McCartney was coming to Omaha and I knew someone who had an extra ticket. They invited me. I refused because I didn’t know the person who offered very well.

That’s when a Beatle taught me I was an idiot.

When I watched that Trailer a month ago, immediately after I gave myself a crash course. It was an itch I had waited years to scratch. I watched a ton of documentaries, and listened to a bunch of music for a week straight. I even almost bought a $300 box set..but I stopped myself there.

But even then, after I admitted to myself I loved The Beatles, something still didn’t feel right. I didn’t have that sense of relief you usually get when you come to terms about something to yourself.

Then, like a weird sign from Across the Universe (finger guns) as I sat with my grandpa today, talking, at 11am his clock went off and played a song.

“Yesterday” by The Beatles. Everything had come full circle.

This afternoon on my drive home from my grandfathers, I had the realization that Kurt Cobain credits The Beatles as a big influence of his.

I had the realization they pioneered what a Concept Album was…which is coincidentally my favorite type of album.

I had the realization that without the Beatles, I probably wouldn’t have looked at music the same way I do now.

I had the realization that not only do I like the Beatles more than The Rolling Stones, but they are now in my top 5 list.

I guess the summary is, whether I knew it or not, The Beatles have always been in my life in one way or another, and I’m just now realizing it.

This was pretty much a book, and I’m sorry. I just had this epiphany today and needed it to be somewhere. Thank you if you read this far! I appreciate you!