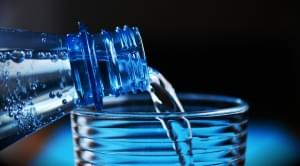 The last national run of the Van’s Warped Tour is currently underway. The festival features a ton of amazing bands and is held outside in multiple cities across the US. It is/was THE summer festival. Of course, with summer festivals, it is important to stay as hydrated as possible. Especially this summer, where hell Has apparently come to hang out for a bit.

On this current tour run, not even halfway through the festival, there have already been 20 people hospitalized and over 200 people who have suffered from heat-related illness.

Some of it has to do with the festival itself, of course. At least the date I went to, there was only one place to refill your water bottles, and that line was an hour and a half long.

That being said, you still have to watch it. If you’re going to a show and it’s outside during the day time, you can have a beer, but drink even more water. You can crowdsurf, or go into the pit, but be mindful of others. Rep your favorite band with their merch, but dress as light as possible. This should also go without saying, but WEAR SUNSCREEN! I thought I had enough in Denver, but my arms are still shedding Nick jerky. If you think you’ve put on enough, you haven’t.

There are too many great shows happening this year for you not to go to, but just be smart. We don’t need any more people getting hurt because the sun decided we were on it’s sh*t list this summer.