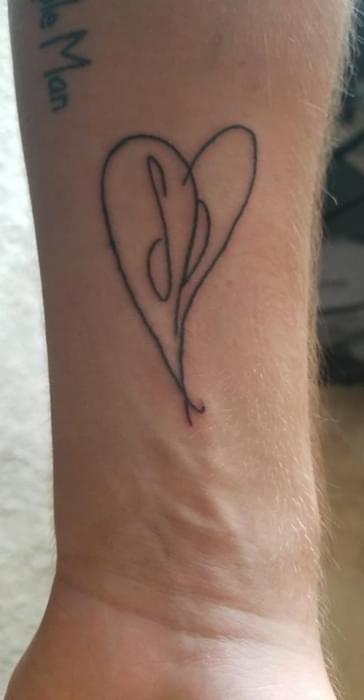 The Smashing Pumpkins have been my all time favorite band since I was 15. When I Discovered Siamese Dream and then their other works, it was exactly what angsty teenage Nick needed. I felt like I could 100% relate to every song.

Then, about a year ago, The Pumpkins started sharing and doing little subtle things on their social media. Suddenly, a new album was announced with 3/4 original members. and then the tour was announced, and finally, Omaha added to that tour.

I bought my ticket as soon as they went on sale. To this day, the most I’ve ever spent on a concert, but I needed to be as close as possible.

I also made a promise to myself to get this tattoo before their show at Century Link on August 20th. I got that opportunity this weekend when my dad came up to hang out. He went to my artist and got the tatt he wanted, and then offered to pay for mine. My dad is awesome, my new tattoo is awesome, and the Smashing Pumpkins are awesome.