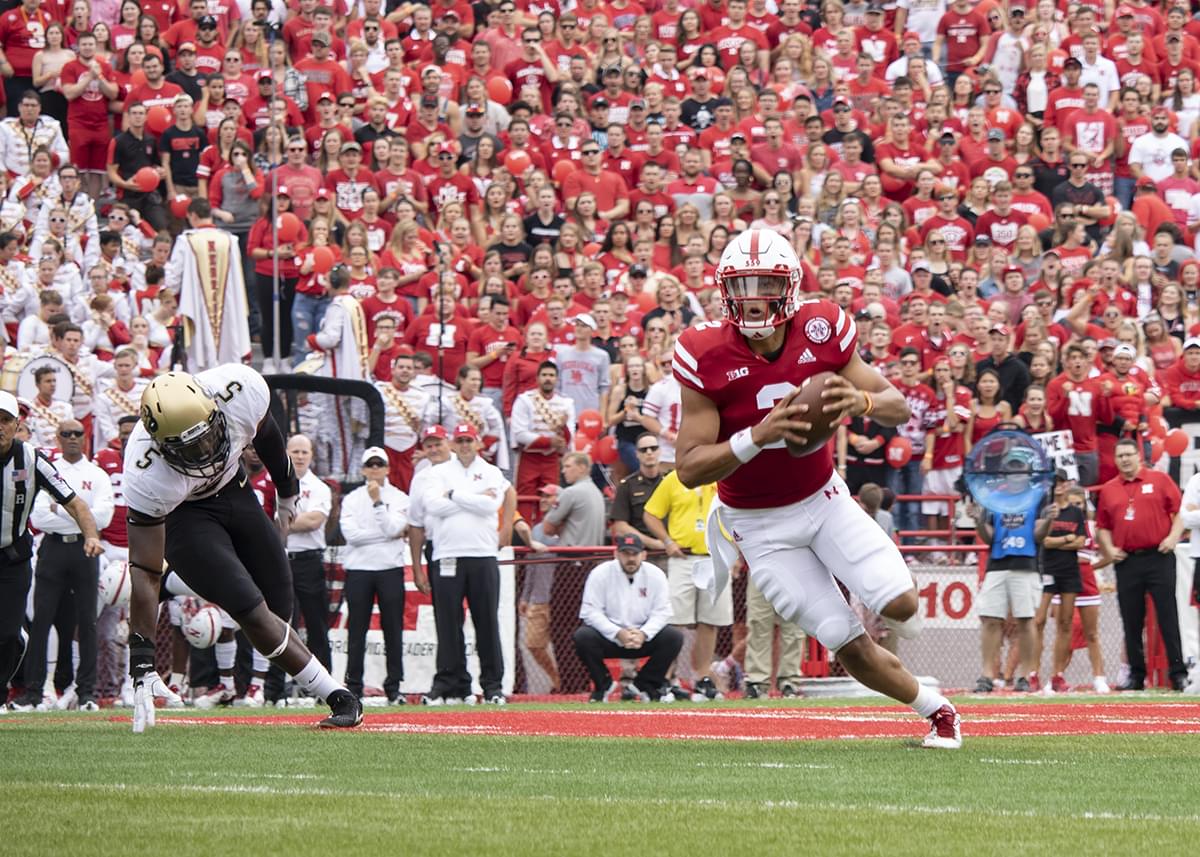 During the 4th quarter of the Colorado game, Martinez was brought down awkwardly by two Colorado defenders, injuring his right knee. A pair of athletic trainers helped Martinez off the field. However, the injury may not have been serious as it once appeared.

Frost said that video of the play has been submitted to the Big 10 and Pac 12 after field-level video surfaced of a Colorado player that appeared to try and twist Martinez’s ankle.  “I can’t speculate what his intentions were,” Frost said. “The angle I’ve seen doesn’t look good at all.”

Still, this is potentially a big blow for a team that no longer has any scholarship QBs on the roster. Andrew Bunch, who came in late in the fourth quarter to replace Martinez, may need to be the starter for the Troy game this upcoming Saturday. Behind Bunch, is freshman walk-on Matt Masker.

In some good news for Nebraska, the blackshirts have been handed out to the defense, replacing the yellow “killer-bee” jerseys. Senior nose tackle Mick Stoltenberg told the media that they were hanging up in their lockers after they came back from a meeting. “It was a cool deal,” said Stoltenberg.

Nebraska will take on Troy this Saturday at 11 A.M. You can tune in for pregame coverage beginning at Six in the morning on 1400, KLIN.