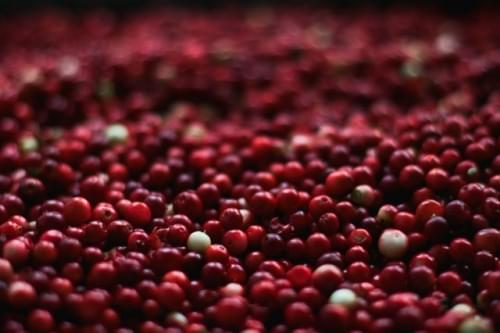 “In The End” is the final album from Irish Alt group The Cranberries.

This album is special in so many ways, and honestly, I probably wouldn’t have even had it on my radar to begin with if it was produced the way it was supposed to be, instead of how it was (which I will definitely get into a bit later) but I am so glad I did listen to it..in a really bittersweet kind of way. With context it’s heart breaking. Without context it’s beautiful and melodic. In The End is just a really solid album. Let’s dig into a bit of the why.

I mention earlier that with the context of the lead up to this album, it was heartbreaking.

In January of 2018 front woman of The Cranberries Dolores O’Riordan was found unresponsive in her bathtub in a hotel room in London. Eventually it was ruled she had drowned after mixing alcohol with some prescription medication. Before her death, O’Riordan and her guitarist were working on demos for their 8th album. Just some lyrics and lower quality audio of O’Riordan singing the newer songs, as well as some of her sessions from the previous year 2017.

One more final knife twist in this who thing is  O’Riordan was actually in the process of featuring in a cover of The Cranberries song “Zombie” from L.A. Metal band Bad Wolves. She unfortunately passed away right before recording. The band did end up playing homage to the late singer in their video to the song, which you can see below.

“In The End” released on April 26th, 2019. I bought it about a week after it came out at Homer’s at the Old Market in Omaha, NE. Even though it was only a week, it took me going to someone working and asking if they even still had a copy, because I was not finding it anywhere. A super cool associate ended up digging through some CD’s they had on the counter and found what I could only assume where the last two copies that existed in that store. I bought them both, one for me and one for my dad.

In a previous blog of mine, I had put one of the songs from the album. Even by itself the song was beautiful, but when paired with the other 10 tracks? Heart wrenching.

Right away the album starts off with a classic Cranberries vibe. I have no other real way to describe it but if you know it, then you know it..you know?

The somber instrumentals with the beautiful way Dolores sings combined with the lyrics..it makes you want to cry. I’m not afraid to admit that.

The deeper into the album you get, the more classic Cranberries comes to the surface. The political activism, the loss of youth, everything is there. The album ends with the appropriately named and soul crushing “In The End. That song isn’t only The Cranberries closing the album..it’s them closing for good. The band released this as their final album..and with Dolores gone..that song with her singing is both appropriate and, again, bittersweet. I actually almost cried. Again, no shame.

I would rather you buy the album yourself and listen, but if you absolutely need to hear it now, here is a YouTube playlist where the ad revenue at least goes to the band somehow..hopefully.

As beautiful as this album is, I had also mentioned earlier this album probably wouldn’t have been on my radar normally..there were two major reasons why it was.

When I say the production I don’t mean how everything flows and sounds. Although that is great in the album, the fact it was a full album produced with unfinished material and demos from the late lead singer after her death.

You can’t even tell they used old recording sessions and demos. It’s all clean. It sounds like they were all in studio and worked on it up until release. That is amazing in itself. Honestly, even if I didn’t like the songs or album itself, I would have still loved it just for the sheer talent it takes for a producer to piece something like this together so seamlessly…adding another layer of sadness to this whole album.

By the way, the man who worked his amazing magic is Stephen Street, a long time producer of theirs. It’s safe to say he knows exactly what he’s doing when it comes to that band. He did it right.

I’ve definitely given away already that I love this album so I’m just going to save the pomp and give it 5/5 Kegs (that’s the rating system I’ve decided to adopt for these types of things..cooler than stars right?)

Thank you for reading. Please, just listen to the album. It’s a contender for my Top Albums of 2019 list..which is also a thing I plan on writing later this year so keep a lookout for that too!