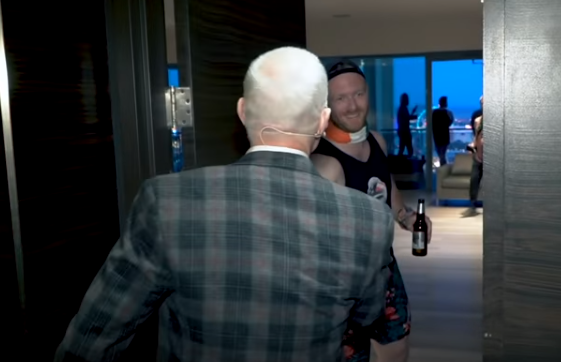 Imagine partying in Vegas, rocking out to Van Halen then David Lee Roth personally crashes your party! According to a story from Ultimate Classic Rock, this recently happened to a group celebrating a bachelor party. Problem was, they had NO IDEA who David Lee Roth was.

Roth had a camera crew with him filming for the “Roth Show” and heard some loud Van Halen blaring from a hotel room. So he decided to go check out what was going on. When he knocked on the door, the man who answered had no clue who he was talking to. Even after they tell the guys who he is, they’re still lost. One of them actually apologizes to Roth for the music being too loud!

Diamond Dave seemed to have a good time with it, laughing through the whole encounter. Check out the full video below!