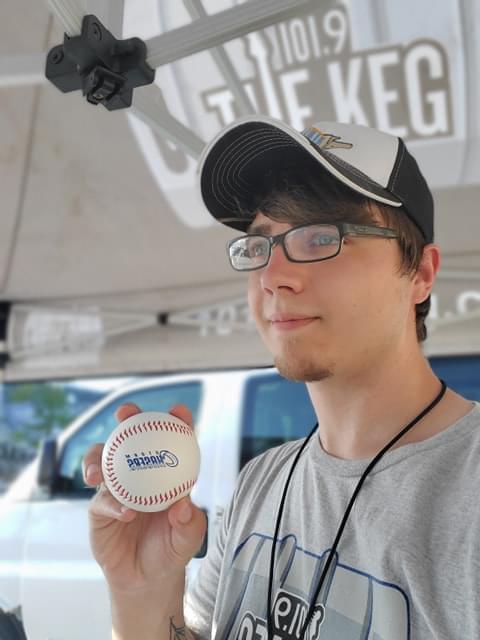 A week ago I was asked to be one of the people to throw the first pitch at tonight’s Storm Chasers game.

Never in my life did I ever think I’d do anything sports related after middle school.

Up until my Freshman year of high school I always played football. It’s just kind of what you did when you lived in Manning, IA. High school came around and I figured out sports weren’t really my thing, so I just stopped playing. I was never really good at anything athletic anyway so it’s not like it was a huge loss.

I had no idea how wrong I would be though.

In college my radio experience was pretty straight foreword music and talk DJ stuff. It wasn’t until I started with NRG Media that I had to fully immerse myself into sports. I still don’t pay attention, but I know more now than I ever did.

The coolest thing about the first pitch tonight was how everything tied together.

When I first started in 2016 my job was simple. Just run the boards back at our sister station of 1180 Zone 2 (KZOT) for Omaha Storm Chasers games. My goal when I first started was to somehow end up working and being a voice on The Keg.

Tonight everything came together full circle. I worked at a Storm Chasers game, but under the 101.9 banner. It was surreal.

It was also extremely humbling. Sure, it was really cool I had the chance to do this, but there was also a ton of other really cool people who were there. One little girl was celebrating her 10th birthday and she absolutely killed her pitch.

Another guy before me was a veteran and strait up hero. He accomplished so much, it took about a minute to get through his whole card and achievements.

I’m just proud I made it to home plate. It was a bit high but it wasn’t bad for throwing a baseball for the first time in like, 7 years.

All in all it was an amazing experience, and even though I’m not a sports guy, I had a blast!

If you ever get the chance to do something that you normally wouldn’t, (and it’s legal) I say do it. Worst case scenario, you get a good story. and a good story makes you interesting at parties. (that’s an AJR quote btw look them up if you’re into 21 Pilots).

Enjoy some pictures I took throughout the day leading up to the event! 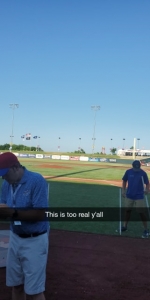 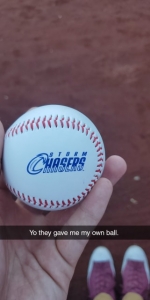 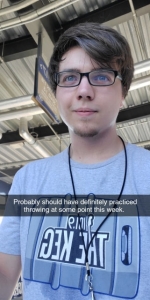