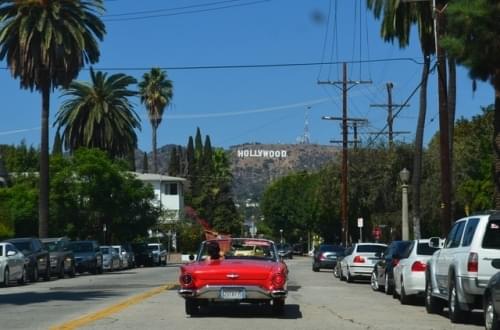 Today I went to Midtown to watch the latest Quentin Tarantino movie “Once Upon A Time In Hollywood”.  My plan was to break it done for you, and talk about some cool things without being spoiler-ey so you could decide whether you wanted to go see it or not.

Then I watched the movie.

To be clear, I loved it, but I am nowhere near qualified enough to even begin to start breaking this film down. It’s dense.

What I can talk about is the music though. One of my favorite parts of Tarantino movies are the music used and how they use it. So instead we’re doing something different and a bit more my speed. This is a music review from the film “Once Upon A Time In Hollywood. “

First and foremost, I need to include which songs are actually used in the movie itself. Here is a full list from Screenrant!

Yes, that is the Batman Theme at the very end. Please watch passed the credits. It’s worth it and also a part of another point I’ll bring up later.

So right away, I’m sure you’ve notice these songs are all (mostly) from 1970 and earlier.

That’s my absolute favorite thing someone could do for movies set in a specific time period. Every song (mostly) was from around the time period the movie took place. It not only adds to the world to make it more believable, but the songs are also just so good.

Another reoccurring theme in this movie was Charles Manson. I won’t get into it anymore than that, but one of the songs used in the movie was his from 1970. I don’t remember the scene I don’t think, but I also don’t want to tell you to avoid anything.

Another major theme in this movie was subverting expectation. There was editing that did it for sure, but also in the music itself!

At one point, Mrs. Robinson is playing on the radio, but they only play a few seconds of it and it gets cut right before the hook. It’s a small thing, but jarring. And of course, most of the songs used have their own deeper meanings to the reasoning.

For example, there were a lot of songs from “Paul Revere and The Raiders”…which if you’re familiar with how they relate to Manson..I’m sure you could connect some dots.

Finally, and this is just a really nerdy extra touch I loved, throughout the movie everyone was listening to the radio. I’m biased, but I thought it was rad. Staying after the credits, I noticed they talked about radio recordings, and then in the credits the Batman theme played, when suddenly there was an old radio promo from Adam West and Burt Ward. That’s when I realized every scene with a radio in that movie (I think) must have been an actual recorded radio broadcast from around the time the movie was set in. That is freaking amazing and a level of detail I will never not love.

Basically what I’m saying is, the music is solid, because it’s a Tarantino movie.

Just go see it. I can’t tell you whether it’s worth it or not. What I can tell you is I enjoyed it a ton, and the first words out of my mouth at the very end were

Photo by Daniel Semenov from Pexels