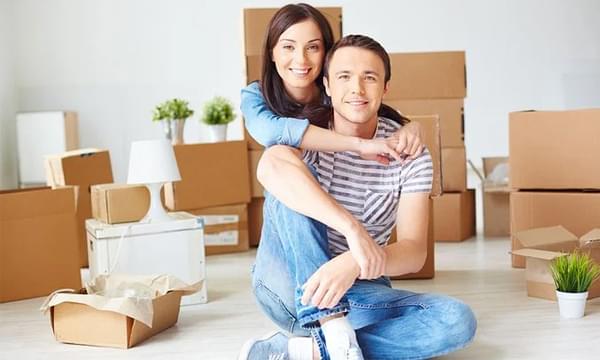 When you get out of a relationship most people would rather never see their ex again, but one woman is not only seeing theirs regularly, she’s living with him…and her new partner.

Lindsay Taylor split form husband Chris Kelley in 2016 after six years of marriage and two kids. Not long after she met and fell in love with her current husband Mike, and moved in near Chris so they could raise their kids together. When the new couple was forced to move out because their apartment was in foreclosure, Chris took what some would think would be an odd step and invited the couple to live with him and the kids in his five-bedroom house. And it wasn’t just Mike and Lindsay, it was also Lindsay’s 19-year-old daughter from a previous marriage, and Lindsay and Mike’s three-year-old son Harrison.

Chris said he felt it was important because his and Lindsay’s son Lucas was ill, he has chronic granulomatous disease, a rare immunodeficiency disorder, and he felt it was crucial that his mother was there for him.

Mike says things were “awkward” at first, admitting he probably wouldn’t have made a similar offer, but explains, “everything went a lot smoother than we thought it would.” And as odd as it may seem, things worked out so well, Chris, Lindsay and Mike just bought a new house together so they wouldn’t have to split the family apart.

“Everything we’ve done has been for the kids,” Lindsay shares, “and if there’s one thing I’ve learned, it’s that anything, no matter how ridiculous it may sound, is possible, if you try hard enough to make it work.”