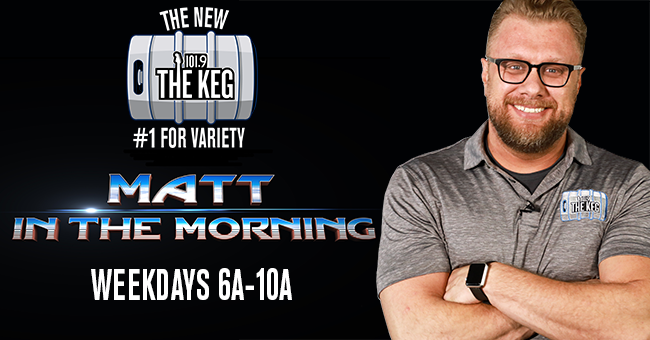 The Angriest States In The U.S.

The Most Instagrammable Places In The World

Matt is married to Wendy Townley and they have two Westies named Barley and Teddy.

Matt hosted his own News talk show on 1290 KOIL -AM before joining Nikki Oswald on Sweet 98.5 Mornings, before he found the perfect fit on 101.9 the Keg – with the music and the station he’s always dreamed of being on.